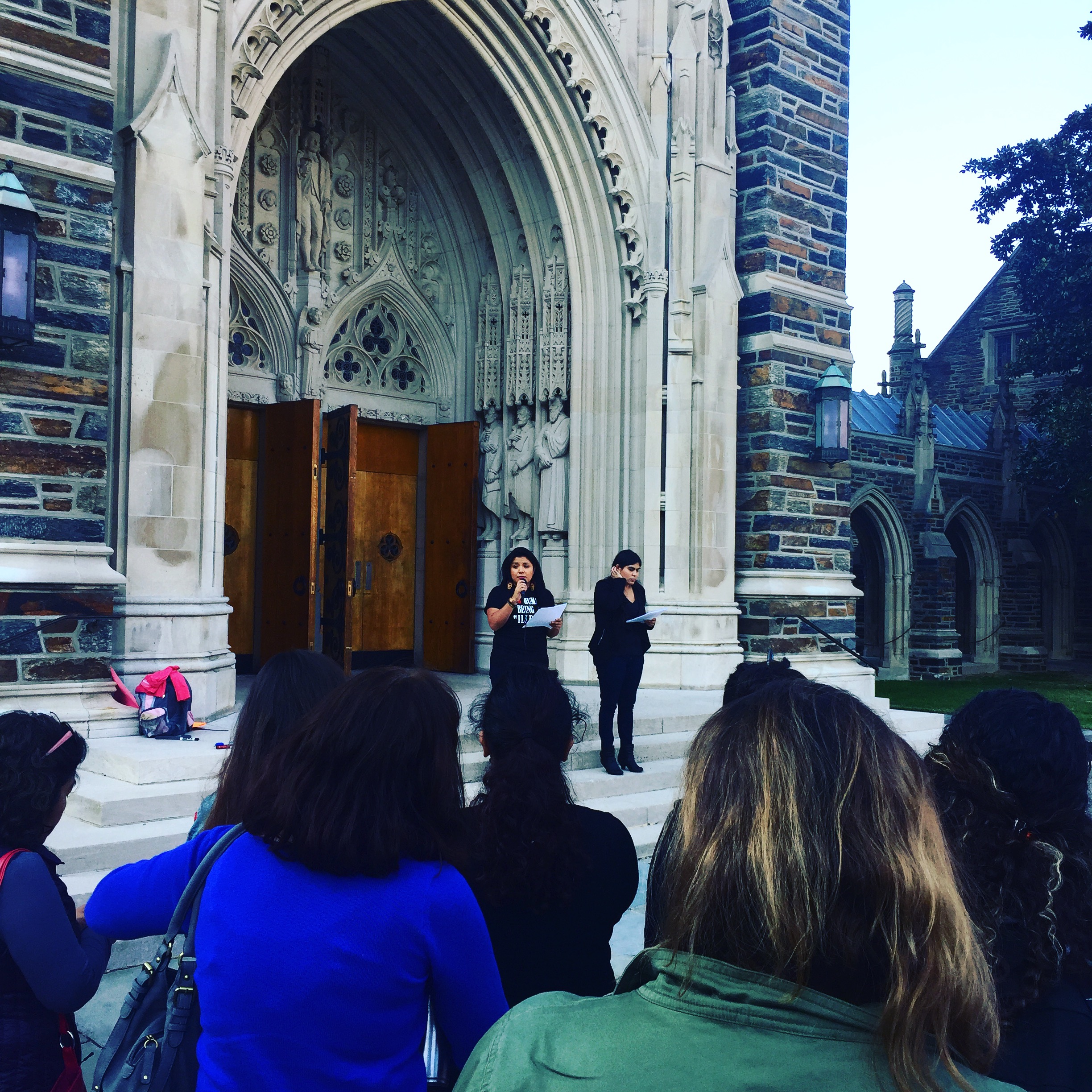 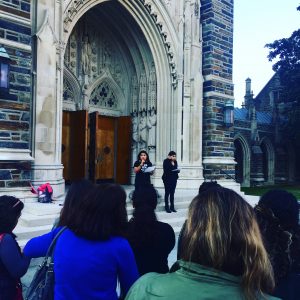 I’ve been thinking a lot about hope lately.

Granted, I’ve had more time than usual to think. That 3 a.m. wake-up call, wherever it’s coming from, has been pretty constant since Nov. 8. The radiator ticks, the cat snores. The willow oak leaves rustle. And I wonder how I got here, how we all got here, and dedicate a good amount of time worrying about what’s to come.

I hear a similar fear from my Duke students, some of who are from immigrant families. Among them are kids brought to the United States as children by their parents and currently protected under the Deferred Action for Childhood Arrivals (DACA) program authorized by President Barack Obama. It’s a common-sense law. DACA allows undocumented children brought to the United States by their parents to register with the government. They pay a fee to receive a temporary work authorization and protection from deportation.

DACA kids study at virtually every American college and university and a fair number of our elementary and high schools. They have a kind of passport that confirms their status as well as personal information and whereabouts. None have committed crimes. To be clear, except for the accident of the location of their birth, they feel and are Americans.

However, with a stroke of a pen, a new president could return every single one of these kids to the shadows. He could take a further step and deport them to countries they no longer remember, have ties to or where they don’t even speak the language. That’s certainly what the president-elect promised to do during the campaign. While it remains unclear what promises were genuine and what promises were to thrill the crowds, this much seems clear: Our president-elect glories in what he calls his “unpredictability.”

That may be a fine enough quality in a reality-show host, but it’s a terrifying one in a president.

One young woman protected by DACA spoke of her fears recently from the steps of Duke Chapel, in support of the growing #sanctuarycampus movement. After finishing school, DACA papers allowed her to get a job as a nurse aide at Duke Hospital. She hopes to become a physician assistant some day. This young woman may already be the one holding your loved ones’ hand during an illness.

If she’s allowed to stay and become a citizen, which she hopes to do, she may one day be holding your hand. As I listened to her under a blazingly blue sky, I felt those 3 a.m. fears around me close as a coat. I really don’t know if she’ll still be in Durham after January.

The students chose the chapel because of its symbolic aura of strength and protection. In the middle ages, churches could protect people sought by the authorities, at least for a time. The concept of “sanctuary” has been popularized in films like “The Hunchback of Notre Dame,” among others.

But modern sanctuary is in name only. A church can no more insist on legal protection for people fleeing persecution than a library or a Wal-Mart. The only real “sanctuary” is us, the people, refusing to accede to what many consider a deeply offensive and immoral government action.

In 2015, Gov. Pat McCrory signed a law that prevents North Carolina cities from having “sanctuary ordinances.” Elsewhere, however, 32 cities call themselves sanctuaries, among them Tucson, Washington, D.C., and Dallas. I think it’s important to note that save Texas and a dubiously “southern” Miami, not a single one of these cities is in the region traditionally considered the South. That seems especially striking given our strong ties to a variety of faith traditions. If anything, we should be leading the country in what continues to be a faith-based concept of help to the needy and the persecuted.

I hope Durham revisits this and soon with our dramatically new reality in mind. We have a city council of movers and shakers, a new police chief and most importantly a newly energized population eager to oppose bigotry and hate. We need to make ourselves heard in the capitol, but as importantly here, where we live. Things have changed. Things have dramatically changed. We have the capacity and the will to call ourselves sanctuary, if it comes to that.

It won’t be easy, I know. One phrase I think of in those wee hours is “radical hope.” Coined by philosopher Jonathan Lear, it means that we hope beyond what we know to be possible. We reach not for what we can grasp but the world we imagine for the future: for our children. We make our history that way, not with pragmatism but with the determined creation of what we actually want.

It’s the only way anything, really, has ever gotten better.