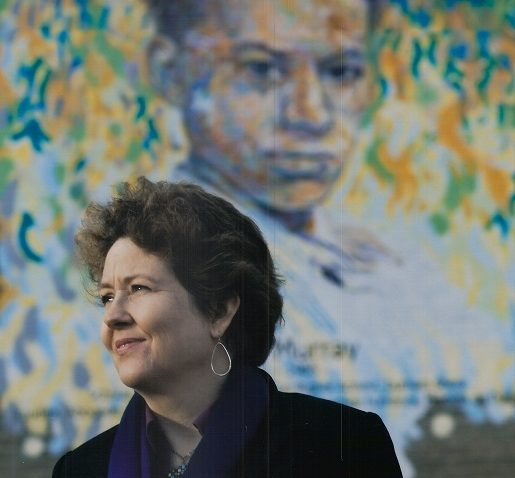 Kirk is the author of numerous books, including The Bond Trilogy: The Bond, The Hive Queen, and The Mother’s Wheel. Her nonfiction book for kids, Righting Wrongs: 20 human rights heroes around the world, profiles some of the visionaries behind human rights. Kirk’s other books include More Terrible Than Death: Massacres, Drugs and America’s War in Colombia (PublicAffairs) and The Monkey’s Paw: New Chronicles from Peru (University of Massachusetts Press). She coedits The Peru Reader: History, Culture, Politics (Duke University) and is an editor of Duke University Press’s World Readers series.

Her essay on Belfast is included in the Best American Travel Writing anthology of 2012 (Mariner Books). A short story, “Love is a Wild Creature,” is included in Wicked South, Secrets and Lies: Stories for Young Adults. “The Quiet Company,” is included in Tomorrow, an anthology of speculative fiction from Kayelle Press and also appears in Beyond the Nightlight published by A Murder of Storytellers. Another story, “The Dark Army,” appears in the November 2013 edition of The Moon Magazine. “Sugar Pop,” about a teen working in a Chicago bakery, won an honorable mention in the Chicago Reader’s 2014 Pure Fiction contest.

Kirk is a Faculty Co-Chair of the Duke Human Rights Center at the Franklin Humanities Institute and is a founding member of the Pauli Murray Center, which explores the legacy of this Durham daughter and examines America’s past of slavery, segregation, and continuing economic inequality. An author and human rights advocate, Kirk also directed the Belfast program for DukeEngage, in partnership with Healing Through Remembering, an extensive cross-community project dealing with the legacy of past conflict and human rights. She is a professor of the practice in Duke’s Department of Cultural Anthropology.

Kirk has published widely on issues as diverse as the Andes, torture, the politics of memory, family life, and pop culture. An award-winning poet, Kirk also won the 2005 Glamour magazine non-fiction contest with her essay on the death penalty, available in the November 2005 issue. Her essay, “Best dog ever,” is featured in the Oxford American’s “Best of the South” issue published in May 2010.