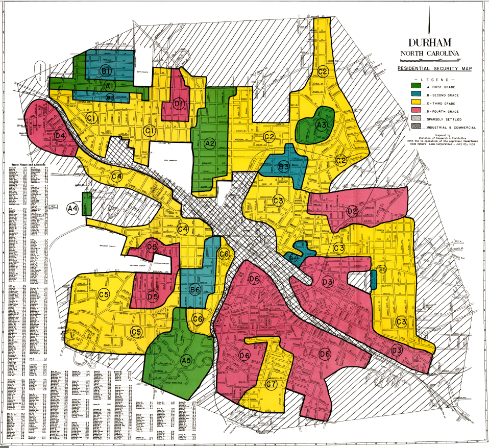 It’s not often that Twitter gives me an idea to explore. That the idea came from a stranger dripping snark is also, let’s say, unusual.

But here we are, 2017. Twitter is our funhouse mirror, with its improbable orange frame. Hate it, avoid it or obsessively read – Twitter moves our world in dramatic, sometimes terrifying ways.

I’d posted something I thought was good-natured about Gov. Roy Cooper’s midnight inauguration. I welcomed what I hope will be a leadership style that elevates inclusion and transparency, not bigotry and under-cloak-of-darkness votes. The words I chose were very un-Twittery (too long): “collective wellbeing” as a governing goal. To me, the meaning is self-evident. I believe our democracy of many parts can invest our pooled resources in effective and humane policies that improve our shared time on Earth and ease the way for those who follow.

Yikes. Apparently, mine are sentiments not often shared online.

This correspondent challenged my choice of the word “invest.” I detected a libertarian aversion to taxation and said as much. In 140-word chunks, I argued that taxes of some sort are a necessary part of human cohabitation. We return part of what we earn to invest (I defended the word) in things we can all agree are good: electricity, schools, pavement, hospitals, libraries, trash collection, new playground equipment, an occasional parade. 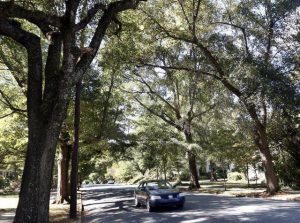 As I mulled this, I thought of Durham. I see the evidence of this kind of investment everywhere. Like any large gathering of humans, we have our problems. But having lived in a fair number of troubled places, I can assure you that this little piece of ground is rather pleasant and well-run and the envy of a good percentage of humanity precisely because governments over time have wisely invested our pooled resources. i.e. taxes.

Want specifics? Recently, I called the city arborist to report a dramatically leaning tree over Club Boulevard, where I live. These lovely water oaks, planted over one hundred years ago and providing a gracious canopy in summer, are reaching the end of their noble lives. Although this tree was on the opposite side of the street, the lean was notorious. One hundred years of springs and snows, street cars, marches, parades and children now grown old (and some buried) meant the tree’s length would easily span the street and deposit the wonderfully dense branches on my brand-new roof.

Without further complication, the arborist visited, agreed and sent a crew to remove the tree. Through the city, I paid for a new tree. As I write, the tree thrives, some day to shade people who will stroll the street long after I’m gone.

My correspondent also challenged the notion of “collective wellbeing.” Honestly, the phrase had just come to me as I typed the tweet. I didn’t deeply research it (possibly a prosecutable crime these days on social media). Out of curiosity, I did what most of us do when challenged: a quick Google search. Apart from Wikipedia, I got dozens of references to a skin care company called “Collective Wellbeing.”

Yet I thank my critic. I’ll use the example of the tree to make another point. In many parts of Durham, there are no trees to cull. That’s because they were never planted in many African-American or working-class neighborhoods. The old redlining maps created when Club’s trees were still saplings shape our city to this day. Redlining meant that in these neighborhoods, banks wouldn’t loan black families money to buy homes. 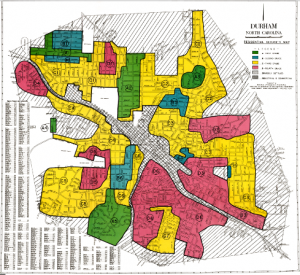 In many parts of our city, “collective wellbeing” is still an aspiration, not a daily reality. Too often, gun violence senselessly takes lives. City services are overwhelmed. Our schools are still marked by dramatic and fixable inequalities based on race and class. Not only are we in our information bubbles; we exist in bubbles, Bubble-Boys all of us, taking the same routes to stores, schools, church and the homes of friends.

I suspect that some people, like my correspondent, don’t recognize “collective wellbeing” because it’s so embedded in our daily lives that it’s invisible. It’s the air we breathe, our comfiest PJs (if we’re lucky enough to have them). Whenever a storm takes out any of these elements — electricity, paper delivery, trash collection — the wails are practically deafening.

Our task in Durham, it seems to me, is not only to recognize and note how we personally benefit from our collective investment, We must also see and recognize that these benefits must be expanded.

The work may never be fully complete. But that’s a worthy challenge, not a reason not to try.

Robin Kirk, a writer and human rights advocate, teaches at Duke University. You can reach her at robinkirk13@gmail.com