A month ago, with the Hugo fracas in full swing, an editor at Wired wrote me and said, “If you have something to say, you have the platform.” Given Wired’s enormous readership, what an incredible thing. I wrote the piece in an afternoon, they put it up, and it did well.

Shortly thereafter, the same editor said she and the Culture editor wanted me to write a column for them. Which was even more thrilling. And given that my op-ed had been about systemic bias in favor of white men in literature, I thought they knew exactly what they were getting with me: a commitment to changing the conversation around what’s considered newsworthy art. I wrote to the editor, “Boyhood or the new Avengers movie? I could give a shit. A Girl Walks Home Alone at Night or Crumbs? Yes, please. And it’s not even that I’m actively boycotting the former. It’s that I just don’t care. They coast on the assumption that these are stories that matter to everyone; they don’t. I think it’s important to say that, repeatedly, out loud, and point to alternatives, until the alternatives become a new mainstream that reflects the actual world.”

So I asked my friends on Facebook to send me stuff to look at. I got an avalanche of amazing material. I sent off a list of pitches to cover art and artists I was really excited about, and tie it into cultural phenomena that Wired, being “the magazine of the future,” would have a stake in. For example, in light of Ferguson and Baltimore, Chimamanda Ngozi Adichie’s idea in Americanah that the only way to heal a racist society was through romantic love. Or how U. S. institutional theatre is condemning itself to extinction in part by ignoring the vast majority of nonwhite theatrical forms. Or how my generation of women is rewriting the script by choosing singledom, which paves the way for queer relationship styles like polyamory to go mainstream. How all of these trends are shaping the world we live in, the future that we will live in, and the films and books and music that we make. 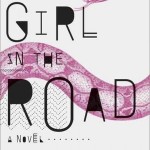 The response I got was, to paraphrase: I’m sorry, but we don’t do zeitgeist-type pieces, and we only cover pop culture. Why don’t you start with a one-off, and we can go from there?

I was really bummed—I thought I had a column?—but hey, maybe I just wasn’t pitching quite the right stuff, and I was still game to find common ground. So I wrote back, “Thanks for this clarification, it all really helps…Here’s a more general question that’ll give me a clearer sense of who to approach: Is Wired interested in helping decide what pop culture is in the first place? I’m just wary of reinforcing the usual biases of whose work gets attention and why. So I’d try to find a happy medium between artists that are household names and those who aren’t quite yet, but I think should be, and interview them about their upcoming work.”

I listed Scarlett Johansson (about what she thinks of Jeremy Renner’s “slut” comments), Genevieve Valentine (about making Catwoman bisexual), Diablo Cody (about her new film Ricki and the Flash), Zadie Smith (about her upcoming science fiction novel), Jeff VanderMeer (about the upcoming film adaptation of The Southern Reach Trilogy), Lupita Nyong’o (about her mysterious role in Star Wars), Priyanka Chopra (about transitioning from Bollywood to the U.S. in Quantico), and Meshell Ndegeócello, and Jane Campion, and Sofia Samatar.

I never got a reply.

I followed up. I proposed a piece on Nnedi Okorafor about her just-released The Book of the Phoenix, prequel to the World Fantasy Award-winning Who Fears Death. I never got a reply to that, either.

So after a week, I wrote in and said, “I’m not sure what happened here, but I’m guessing we’re just not on the same page when it comes to culture. Thank you for your consideration and good luck with everything.”

I hear that the editor is a very nice guy, that he really does “get it” (“it” being problems of systemic bias, I imagine), that he’s just very busy, and that all people in the publishing world are often guilty of FTR—Failure To Respond.

I believe all of that.

But there’s “getting it,” and then there’s the desire to change, and then there’s the will to change, and then there’s the enactment of concrete actions to make the change occur. Like prioritizing writers who understand that “mainstream” means “white gaze” and want to change that. Like responding to them at all after you’ve asked for a column from them. Yes, FTR could just mean he was busy. But if he really “gets it,” he must understand that silence doesn’t mean the same thing to all people. Without a parity policy in place, there’s no way I can know whether he didn’t respond to me because I’m a woman who wants to write about a lot of women. In fact, there’s no way he can know, either. That’s how unconscious bias works.

The time I was waiting for him to respond was not a good time. The idea of having to convince a white man on a weekly basis that women and people of color and the art they make are “worthy” of coverage started to make me feel physically sick. Like repeatedly convincing someone that the sun rises in the east. Who the hell would want that job? A job we already have to do, for free, all the time, just to assert our humanity? I talked to my agent about it, who was really supportive, but referred to me as “powerless” in the situation. I understood what he meant—that I had no leverage with which to make this editor respond to me—but the word struck me, because I don’t feel powerless at all. I feel exactly the opposite: that they need voices like mine. That if they don’t take them, it’s their loss, not only morally and aesthetically but (in the long run) financially, and no one will wait for them to catch up with the new culture we’re creating. We’ll just go ahead and create it. And then who gives a fuck if they cover it or not, because by then, it’s anyone’s guess whether they’ll be relevant anymore.

I’ve talked with other writers who’ve had experiences with Wired. My experience is not unique. So as far as I can tell, they don’t cover the future. They produce a white male fantasy of the future. Which isn’t surprising. But I’m still allowed to be disappointed. Because for awhile there, I thought someone was telling me, “If you have something to say, you have the platform.” And I was going to take it.