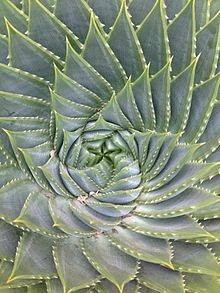 One evening, I returned home to find the kitchen covered in severed fingers.

I mean, that was my first impression. But the fingers were far too stubby to be human (perhaps a toddler ogre?). A selection of pots, tins and cups crowded the countertops. When my daughter arrived, she explained. These were the leaves of succulents she’d split from their parents and left to sprout.

For weeks, the leaves just … sat there. Some, my daughter placed in potting soil, others on paper towels or window sashes. Permanently haunted by a mother’s worry, I sometimes surreptitiously watered them. My daughter protested. “You’re killing them!”

I saw no evidence that a few drops had any effect at all, but confined myself from there on to (mostly) dry fretting.

I have killed my fair share of plants, to be sure. My spaces used to be filled with the regulation ficus, ferns and Christmas cactuses that go along with living in the United States. But then travel and kids happened. Cleaning became endless. The cats relentlessly chewed. Most of my plants seemed so forlorn that one day I tossed them all. 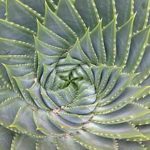 Even the most colorful big-box store displays tempt me no more.

My stepmother, both of whose thumbs may actually be pale green, always seems to have lush, happy plants of all varieties. Once, I asked her secret. “When they die,” she told me, “I throw them out and buy new ones.”

But succulents? They don’t live fast enough to actually ever expire, apparently. Day after day, I’d examine those leaves – just as plump, perhaps a bit calloused on one end, unchangingly forest green – and wonder. What internal processes are happening below that rubbery surface? There’s movement (I guess), but so incremental and silent it’s undetectable.

I say undetectable because even my jerky cats – and they are jerks, two careless, destructive, willful males who will forever have the mentality and soppy love of adolescents – pay zero attention to them.

Until one morning, I noticed a slight change. One of the leaves seemed to have shifted. A day later, a tender lime flange appeared. Gradually, the flange resolved into a lobe, and then (centuries passed) a tender stalk lifted an infant succulent.

I confess, I surreptitiously watered the thing (a few drops, once a week). The sprout might as well have come with timpani, cymbals and the blaring of trumpets. Growth happened! Life prevailed! Patience rewarded!

I could go into a little cul de sac here on how this restored my faith in life, in patience, in renewal. “Life will out!” “Things will get better!”

My faith is strong in all of those things, yet I’m just as jaded and provisional as ever. What this little leaf taught me is exactly this. It could have died, but didn’t. It might still die. I hope it’s there in the morning. I hope I’m there and my daughter’s there. But I just don’t know what will happen (news flash: neither do you).

That’s a lot of words for a stalk that still hasn’t broken an inch in height.

Here’s more. There’s beauty in slowness that you have to go slow to see. There’s a value in waiting even when the waiting results in more waiting. Sometimes, it’s just the thing and not the meaning of the thing. It’s what’s right in front of us, doing something mysterious and utterly silent and regardless of whether we’re watching or not.

While the world around us rages, I might add.

When my daughter moved to a new place, I begged for that one little succulent to remain. It’s become my little bubble, my prompt, my confession. I don’t know what’s going to happen, neither do you and no one else knows either.

But here we are: living. Me and Stalk.

How’s that for a succulent philosophy?

To celebrate Stalk, I bought my own selection of pots, tins and cups from the Scrap Exchange Thrift Store, to begin rooting new little ogre fingers. The peerless Durham County Library supplied me with a wonderful stack of succulent books (one called, lovingly, “Prick”). “Plugs” (rooted yet still small succulents) are en route from the succulent wholesaler.

By spring, I should have a couple of flanges. By winter, a stalk or two. I imagine delightful arrangements, unusual colors, silly pots that might make my daughter smile. I’ll probably collect pictures, make attempts, fail and then try again.

And again. What other option do I have?

Published on February 23, 2018 in the Durham Herald-Sun