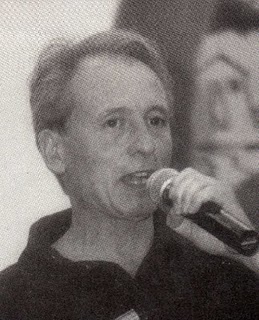 There’s a fascinating and necessary debate emerging over the past of the new Pope, Jorge Mario Bergoglio, who took the name Francis. On one side is Nobel Laureate Alfredo Pérez Esquivel, a fellow Argentine and principled human rights defender, who is saying that as a leader of the church in his country, Bergoglio “did not have ties to the dictatorship.”

But Horacio Verbitsky, a ferocious investigative reporter who has written the best book and magazine reporting on Argentina’s murderous military junta, says Bergoglio not only failed to take a principled position in favor of human rights, but withdrew his support for

members of his own order, who were kidnapped and tortured. In a column in Página 12, which he edits, he transcribed this email from Graciela Yorio, the sister of a Jesuit priest, Orlando, who was imprisoned and brutally tortured in the Naval Mechanics School (ESMA) in 1976. Orlando died in 2000:

I can’t believe it. I feel such anger and rage that I don’t know what to do. He got what he wanted. o creer. I can remember Orlando sitting in my kitchen several years ago and saying, “He [Bergoglio] wants to be the Pope.” He’s just the person to cover up the rot. That’s his expertise.

Verbitsky also was crucial in documenting the “flights,” how the military drugged their detainees, then flew them in military airplanes over the Atlantic, shoving them out to their deaths. Argentina’s Catholic hierarchy approved this method as “humane” and Christian. Verbitsky’s book, The Silence (2005), chronicles the much deeper engagement of the Catholic Church in the “dirty war,” something that went well beyond a case or two and involved the Archdiocese of Buenos Aires, which Bergoglio worked as the head, or “Provincial,” of the Jesuit Order from 1973-1979.

One of my rotating banners is a spooky looking garage. I took it al “The Olimpo,” a municipal bus dept used during the “dirty war” to imprison suspected subversives, many of whom were later killed on “flights.” As Argentina continues to come to terms with its past — including through active prosecutions as well as the DNA testing that may reunited more abducted children with the families they were taken from after their parents were “disappeared” — this process has now stepped onto a much grander international stage.