“Breaking the Wheel” in Tolkien and Game of Thrones 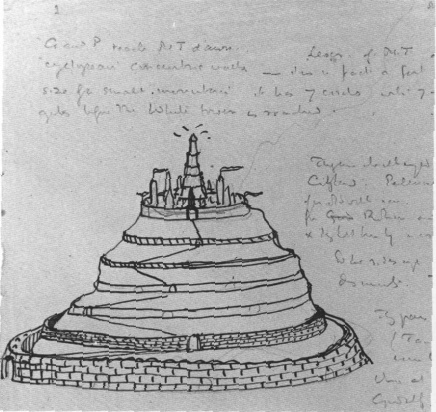 One freezing Boxing Day, my kids and I watched the extended editions of Peter Jackson’s Lord of the Rings trilogy in sequence, with bonus material (how the armor and swords were made, cast hijinks, CGI amazingness) added in as needed. Our marathon lasted over 16 hours. It was delightful. We emerged woozy and satisfied, like (weed-free) Pippin and Merry at the ruins of Isengard. 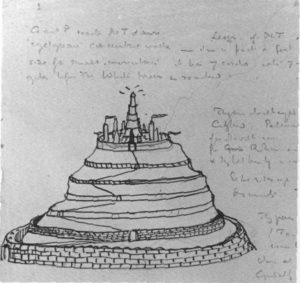 One detail bothered me, though. Why is there no road to the mighty fortress-city of Minas Tirith in either the books or the movie? Gandalf’s initial approach reveals a broad plain and the menacing flames of Mordor in the distance. Faramir returns—then is dragged back—over browned grass…but not on a road. The same is true of Edoras, seat of the Horse Lords. No road. Some maps show roads but they are mostly absent from the actual text or the films.

Think quickly: what roads do you remember from Lord of the Rings (books or movie)? I came up with those located in The Shire, exiting Rivendell, through the depths of Moria, and the fell ways of Mordor. The Shire is positively thick with roads, a veritable Middle-earthian suburb: the Bywater Road and its inn, the Ivy Bush, Bagshot Row, the road Gandalf travels to reach Hobbiton for Bilbo’s eleventy-first birthday. Under Aragon’s leadership, the hobbits purposefully stay off the roads, to avoid Black Riders.

Then—very few roads. At first glance, this makes no sense in terms of worldbuilding. Densely populated cities need roads, to bring in supplies. Every civilization Tolkien turned to for inspiration had not only roads, but money, markets, trade routes, functioning mines and communications systems that went beyond the beacons used to spread word of an emergency, to name just a few elements. In other words, infrastructure, the physical and contractual bones of any functioning society. For the most part, the books skip over these elements but for a few “silver pennies” exchanged at Bree and the feeling, throughout the story, that money breeds only greed.

What the story emphasizes, in abundance, are the things Tolkien loved: landscape, song, and language. Above all of these are the heroes who drive the story, starting with Aragorn. He stands up to the challenge at Helm’s Deep and when it’s time to save the world, he triumphs on the (pathless) plain at Mordor’s gates.

But his strong-jawed prowess is not what brings new generations of readers and viewers to the tale. Tolkien’s real heroes are the (sometimes literally) little people who keep stepping up to be better than they imagined themselves to be: the hobbits, of course, the shield maiden Eowyn, and Faramir, who proves himself stronger than his elder brother. Tolkien was less concerned with realism than he was with refashioning legend, to highlight the role all of us can play in challenging evil and doing the right thing.