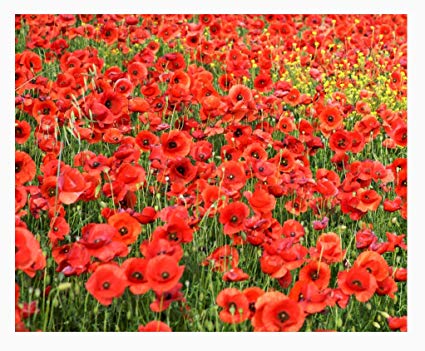 When Kelly Harms pinged me on Facebook to take part in a conversation about The Bond, my YA fantasy, I admit I had FEELINGS. Number one, Kelly is a well-published, best-selling writer who gets rave reviews. Need more? She’s also one of the driving forces behind the Tall Poppies, a group of kick-ass women writers who know we do best when we uplift each other. The Tall Poppies are mostly writing for adults, so I felt especially lucky to be invited as someone who writes for kids.

Kelly was generous, incisive, and threw questions at me like a major-league pitcher. And this was all the day before the release of her new novel, The Overdue Life of Amy Byler (Lake Union Publishing). Plus (and I hope I’m not revealing secrets) she did all of this pool-side as she supervised her son.

Did I mention that Kelly’s bad-ass? Here’s an edited summary of our chat.

Kelly Harms Wimmer (KH): Tell us about how you came to young adult writing and dystopian fiction! It is a long leap from a Turkish Fulbright!

Robin Kirk (RK): Like many, this is the material I love to read. When my daughter was in middle school, she read The Book Thief  by Markus Zusak and insisted I read it. I was transported — this incredible book in the voice of death taking us through Nazi Germany and the life of the orphan Liesl. I began to aspire to write something powerful for younger readers. For me, these are the books that shape who we are. I also love immersing myself in different worlds, even scary ones. I began to play around with stories and The Bond was the result.

KH: The Book Thief changes so many lives. I too was changed by it.

RK: I still think about that book all the time. That’s also the power of kidlit — it tends to stay with you for a lifetime (Charlotte dying in the empty crate! Black Beauty’s friendship with Ginger!) SOB…

Robin Kirk (RK): Uf, at 16, total Jane Goodall and George Schaller (lion researcher and writer) fangirl: wildlife biologist and writer. Then in college, bad-ass reporter. Much later I wrote a More Terrible Than Death, a book about human rights in Colombia. My mother wailed — what happened to living with the chimps and the lions!

KH: Most of our Bloom crowd are fervent readers and know their way around a beautiful sentence. Do you think there’s a quality that lends itself to writing for teens rather than adult fiction?

RK: That’s a great question. I think the one thing that may really distinguish writing for young people is story. You have got to grab them and not let go. Adults might luxuriate in character or scene or beauty. Young people will walk away. Alan Cumyn, one of my advisers at Vermont College of Fine Arts (VCFA), called it the cheese sandwich problem. You can’t let your reader start dreaming about that cheese sandwich they can make in the kitchen. They have to be so immersed in the story that they will go hungry.

KH: My first go at YA had a lot of what my mentor called “potty breaks.” She said, if this is a movie, this is when you’d hit the bathroom.

RK: One of my VCFA buddies, Jenn Bishop, did her critical thesis on the use of the bathroom in middle-grade lit — it’s the place in school where kids have crises or say the deep, awful thing. Important location!

KH: And to go deeper, there are mirrors and locks, two favorite literary devices for people who are coming into their own and demanding their privacy. Not so long ago, Literary Young Adult wasn’t actually a publishing business. Some of the books that I read at that age would never be published today. Do you think it’s the business that changes, or the young readers?

RK: There’s no question that YA is a recent marketing category. Some of my favorite books from the 1970s and 1980s were never marketed as YA but would be today. I’m thinking of Robert C. O’Brien’s fabulous Z for Zacariah. I also think that YA lit is SO much more diverse than it was when I was growing up. It kind of needs its own category so kids are able to find the books that end up saving their lives. There is, as some of you know, a huge push in kidlit in general for more diverse voices, super-welcome and long overdue.

KH: As a writer from the dominant culture, I thank my lucky stars for all the stories that stretch my understanding and grow my worldview. The kids who grow up with an #ownvoices bookshelf give me huge hope and inspiration.

RK: Matt de la Pena, who taught for awhile at VCFA, tells a wonderful story about how one librarian saw this half Mexican teen who only cared about basketball, went to the shelf, pulled out a book, and said THIS BOOK WAS WRITTEN FOR YOU. It was Alice Walker’s The Color Purple. He’s gone on to write many YA and picture books and win a Newberry.

KH: On that note, will you tell us a fav diverse dystopian for our to-be-read list?

RK: Mmmmmm so many… Tomi Adeyemi’s Children of Blood and Bone is spectacular — the next one in the series is due out soon. I am really loving some of the stories inspired by Japanese or Korean culture. Rebel Seoul by Axie Oh, for instance. Forest of a Thousand Lanterns by Julie Dao. I will read ANYTHING by S.A. Chakraborty. I listened to City of Brass on audio book and would have driven another 500 miles to stay with the story.

KH: Let’s talk about your writerly education a bit more. There are relatively few Masters programs for young adult fiction writers in this country, yet they are thick on the ground for poetry and literary fiction. How did the Masters affect you?

RK: I really didn’t think I wanted an MFA — but I sure needed it, and I ended up landing in just the right program. Unlike adult programs, kidlit programs tend to be extremely supportive and very celebratory. So people try hard to help the students find their voice and when they do it’s PARTY TIME. I learned to write fiction, really, in that program — and as importantly, I found my tribe, other writers who support me (and I support them) as we navigate this crazy business. There are certainly ups and downs. The VCFA program is low-residency, so I continued to work as I pursued the MFA. It was GRUELING but I wouldn’t change a minute of it

KH: i have a couple more questions while we still have you! First, could you give us a longer spiel about The Bond?

RK: I really wanted to twist around some familiar tropes, especially what family means and how we might make bonds to others in the future. My heroine, Dinitra, is brewed in a lab, like everyone else in the Weave, specially made (a familiar trope). But then that’s complicated when the Sower who made her engineers her escape to a rival society. In Bounty, they use the same genetic technology (it’s a given in this world). But in the rebel world, male children are born to be soldiers, obedient to their Captain mothers. Dinitra really has to struggle to understand what it means to be herself when she knows she was made to be something that feels wrong. She also is given a creature to command, a hybrid battle dog named 12. The creature is a killing machine and protects her — and she learns to love it, creating her own, emotional bond. I throw many challenges at her, and she has to dig deep to decide who she is and what’s important to her. Basically, an adventure, where the stakes are who you save and how you break the bonds of what’s expected and instead choose to do what’s right.

Katie Rose Guest Pryal (a Tall Poppy, a fab writer, and my editor at Blue Crow!): Robin, how does your work at Duke in human rights inform your fiction in The Bond?

RK: This gets heavy! I’ve studied many genocides and one thing unites them — those committing the genocide convince themselves that they are doing the right and necessary thing to save the world (in their twisted logic). In The Bond, the Weave has convinced itself that the world must be protected from men, considered inherently violent. Women, they believe, are more peaceable and collaborative. Their plan is to eventually eliminate all men, again, arguing that this is the best option for the planet. So once they perfect reproduction in the lab — bye boy. I use what I imagine many of us believe (including me), that women would be more peaceable leaders. Really? As a journalist, I used to cover the Shining Path, and women were among their most ruthless killers. The book kind of takes this on in a fictional universe.

KH: What is next for you?

RK: I’m hoping to continue the story in a second book. This one focuses on the male warrior Dinitra falls in love with despite all she’s been taught. Like her, Fir realizes he’s been built for something he doesn’t want, killing and war. Dinitra helps Fir and his brothers escape – and they have to find their way in a dangerous new world. Dinitra and Fir meet again, but under the worst possible circumstances.