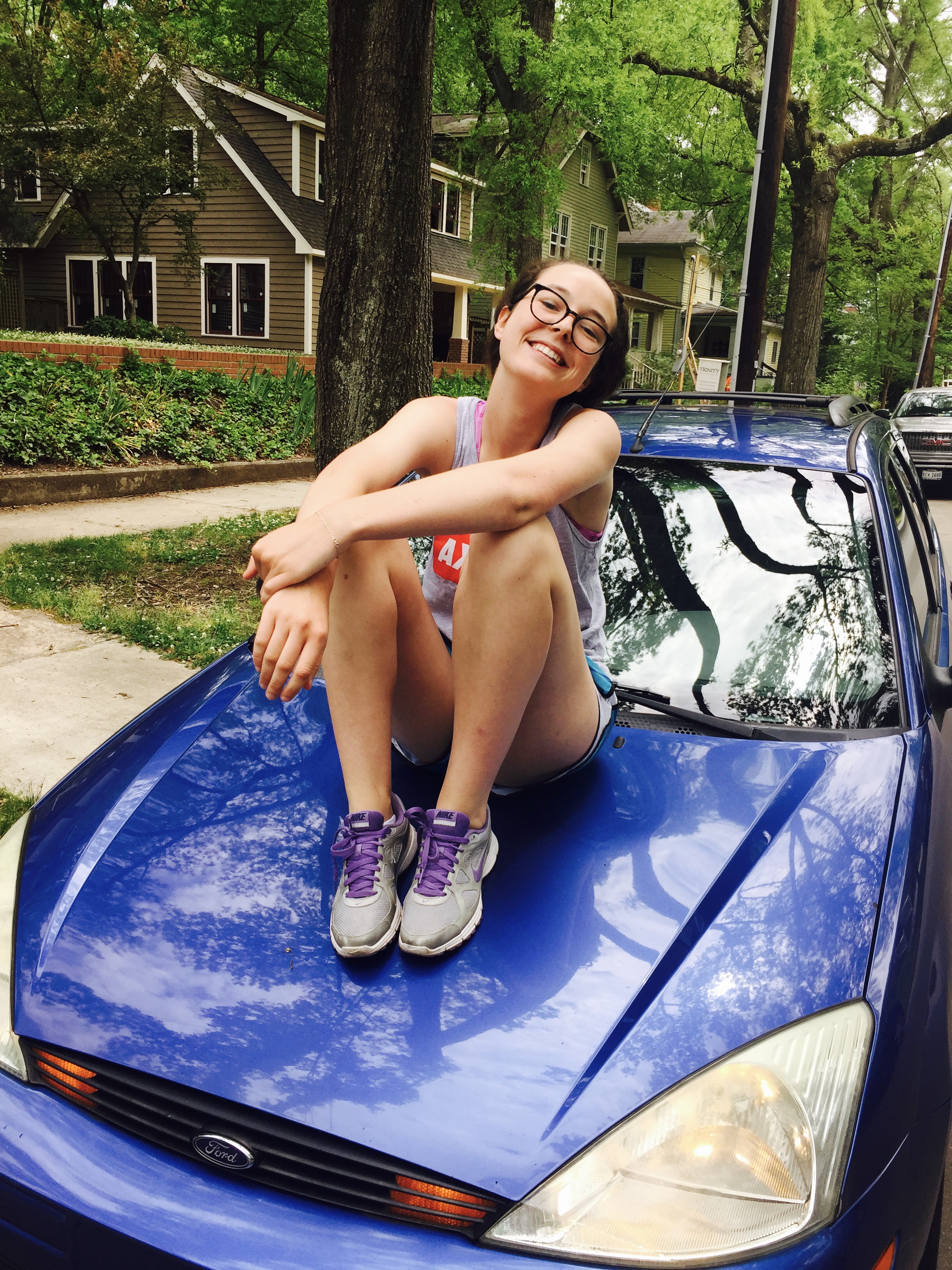 The click was ominous. Parked between Geer Street Garden and Motorco, my daughter’s blue Ford Focus wagon refused to start. 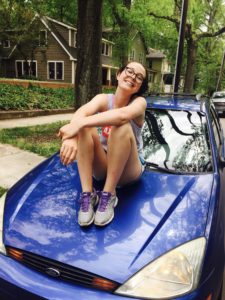 I’d given her the car as a college graduation present, fulfilling a family tradition of passing down beaters. Hoopties. Wrecks. Clunkers. Heaps. Junkers. You know the type: scratched up and dented, velour upholstery gone dim, a crack or three in the windshield.

The car — Charlotte — was safe and drivable, but anyone spotting her on her numerous cross-country trips would have called Charlotte a beaut. Her father and I bought the car used, then raised a family in it.

The back was permanently gritty and stained from bags of soil and mulch, dirty cleats, spilled soda, pens, coins, orange Cheeto dust, dog hair, and one drive to the beach when, after a fateful meal of gas-station fried chicken and sweet tea, an elementary-school friend of my son’s barfed on the seat. And the door. And outside the door. And inside the window well. And somehow, miraculously, on the plush material covering the ceiling.

I hoped Charlotte’s click meant a bad starter. Maybe the key mechanism needed replacing. My daughter’s reaction was oddly muted. She loved the car mainly because it was reliable and cheap to fix. In her heart, she wanted a car of her own.

All cars have their end point.

I remember the fateful day when my grandmother’s gold Valiant, driven from Chicago to San Francisco, broke an axle on a steep hill (there it may be to this day).

The Fiat Hatchback inherited from my parents-in-law had a cloggy fuel filter that would often leave us stranded, most memorably just west of the Oakland toll booth to the Bay Bridge. We had to roll the sea-foam green car backward through blaring traffic. We took a nap overlooking the marshy bay, then started the car up again to continue our journey. Another time, the engine caught fire (we fixed it).

Not long afterward, it was time to dump the Fiat. We parked it in an industrial area in San Francisco, where the vehicle soon became home to someone who decked it with interior, ruffled curtains. In my defense, this was long before there were formal car donation programs. I think of this now as our own boost to the homeless (and the thieves who stripped the headlights, tires and rear-view mirrors).

After moving to Durham, we treated ourselves to a brand-new car. Ford had a sale for first-time buyers, and we could just afford a snazzy red Festiva. 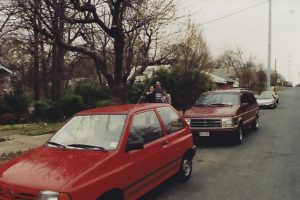 Our salesman was Richard “Tiny” Sligh, a pork-pie-hat-wearing, cigar-chomping former defensive tackle for the Oakland Raiders. Before going pro, he had played for North Carolina Central’s Eagles. At 7 feet tall, Sligh remains the tallest player ever in professional football. I told him if he fit in the car — Ford’s smallest, so unsafe it was dubbed a portable coffin by Tom and Ray Magliozzi, the Car Guys — we’d not only buy it, but pay extra for a vanity plate in his honor.

The February night was cold and foggy as Sligh wedged himself in. We found our way to NC 147, did a couple of loop-de-loops, then returned Sligh to the lot, another sale in his pocket. Tiny Sly plied Durham’s roads for a good 20 years, passing from us (once the grandparents successfully convinced us to get something safer) to a succession of equally broke students. Sligh died in 2008, and I hope he saw the tiny car zipping around town at least once.

Cars mark moments in our lives a little like pets. For me, the history starts with my parents’ classic red Volkswagen Bug. Since, I’ve gone through one more VW (a Passat called Helga I finally dumped on TROSA when the endless repairs threatened to bust me) then returned to Ford, always blue.

My daughter’s mechanic, the ever-dependable Rodney Garrett, cracked Charlotte’s hood and after rummaging around said the fateful words: “not worth it to fix.” So Charlotte’s time is officially ended, and she’ll be added to a donation list. I’m hoping to have a little ceremony in her honor. Maybe we’ll smudge a little tire rubber or take a scrap of velour for the refrigerator door. At the very least, my daughter can add the license plate to our collection, one California and two North Carolinas so far. Then she gets to start a new era. I only hope her car is blue.