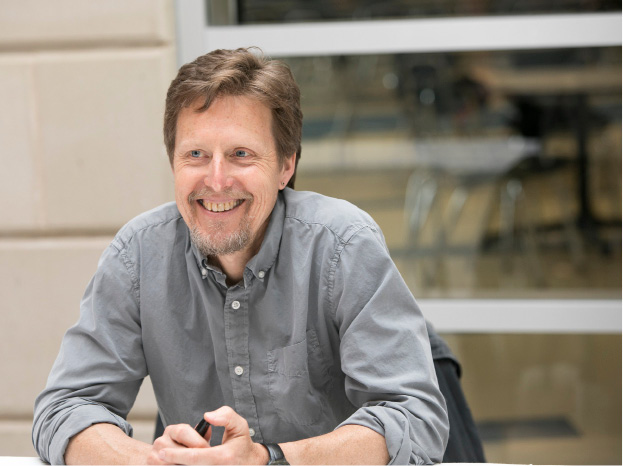 Tod Olson’s “Lost” series of real-life tales of people fighting their way back from almost certain disaster is catnip to young and old readers alike. If, like me, you are a sucker for a good Arctic (or Antarctic), ocean, or deep-in-space tale, these are wonderful immersions in stories you may have thought you knew, but can still be surprised by. Often, Olson gets those tiny details that reveal how disasters happen. For instance, I didn’t realize that Apollo 13, which almost didn’t come back from the Moon in 1970, actually launched with the defect that almost cost the three astronauts their lives. Olson’s stories are accompanied by wonderful photos. This interview was originally published in Wild Things, a VCFA-WCYA blog.

Tod Olson is author of the historical fiction series How to Get Rich and the narrative nonfiction series, LOST. He holds an MFA from Vermont College of Fine Arts, and lives in Vermont with his family, his mountain bike, and his electric reclining chair.

Tell us about your book. Where did the inspiration for writing this book come from?

Winter in Vermont (I live 10 minutes from VCFA) is neither long enough nor harsh enough so I needed a project that would stretch it into a year-long ordeal. A painful battle to survive in a frozen wasteland with no end in sight, it turns out, is a good allegory for the writing process. I could not, unfortunately, find a source for penguin steak or fried seal blubber.

This is part of a “Lost” series. What started you on that idea?

When I was about 11, I was on vacation in Maine and discovered the book Alive, the nonfiction account of the Uruguayan rugby team that was stranded in a remote location in the Andes after their plane went down. For anyone who doesn’t know the story, they eat the dead bodies of their friends and family in order to survive. I can’t remember if I knew this before I picked up the book, but I barely left my chair for two days until they staggered out of the mountains. With the Lost series I wanted to recreate that reading experience for kids, to try to write nonfiction that is every bit as riveting as a good novel. Steve Sheinkin talks about getting kids’ nonfiction out of the health food aisle. I think we can do that if we write as storytellers first and educators second.

What attracted you to Shackleton’s doomed voyage to the Antarctic?

Aside from the fried seal blubber, it was the sources. Most of the officers and scientists and a couple of the seamen kept diaries throughout the 18 months they spent stuck on the ice. Most of the diaries are unpublished and located in England or Australia, but I reached out to a couple of Shackleton writers who shared their transcripts with me. I had seven or eight day-by-day accounts of the ordeal, and I organized my notes into a chronology full of observations from each of them. For better or worse, it felt like I was on the ice with them while I was writing. The expedition also had a photographer, Frank Hurley, whose job it was to provide visuals for a lecture tour when they got back. His photos are probably the most detailed visual record of a survival story ever created. They were so important to the expedition that he dove into six feet of freezing cold water to salvage the negatives as the ship was getting crushed in the ice.

Were there any unexpected hiccups along the way to this great series?

I find that at some point in the process for each book, some reason emerges why the book is impossible to write. For the first book in the series that point came when I discovered that starving men stranded in rafts don’t actually do much of anything except lie around complaining about the salt water boils on their butts. For the second one—Apollo 13—it turned out that most of the drama lay in esoteric technical problems like using the Earth’s terminator to align the spacecraft’s navigation platform. I think it’s Annie Dillard who has the most helpful advice for handling these crises: You write the book anyway.

Tell us a little bit about your background before VCFA, and how you came to decide to enter the program.

After college I went to grad school to be a history professor. I dropped out after a year, thinking I wanted to tell stories instead of debate all the Big Ideas you have to tackle to get a PhD. I ended up as an editor in Scholastic’s magazine division and never entirely left the Scholastic orbit, even after moving to Vermont. I wrote magazine feature stories, produced nonfiction videos, developed book collections as an independent packager, edited school library books, etc. And finally I realized I wasn’t really doing what I wanted to do when I left grad school. VCFA was a way to push myself into it. And the commute wasn’t bad.

What year did you graduate from VCFA and what was your class name?

I graduated in ’05, which was long enough ago that I’m only mostly sure when I say that our class name was the Multiple Viewpoints. I think it seemed like the only choice after we spent hours failing to agree on another one.

Was there one lecture in particular that you can recall an a-ha moment that reinforced that you belonged in the program?

No, but I immediately fell in love with workshop. I’ve always loved the process of trying to meet a piece of writing on own terms, figure out what it’s missing and articulate it. I completely buy what we were all told—that the practice you get critiquing other people’s writing is so much more important than the feedback you get on your own. The problem is that telling other people what to do with their writing is a whole lot easier than revising your own.

Could you talk about your experience in lectures or during your semester work with advisors and how it may have shaped the writing life you are living now?  What about VCFA affected your career and where you are now?

Most immediately, I had Marc Aronson as a workshop leader during what I think was his only semester at VCFA. We had some common interests and ended up collaborating on my first trade books, an odd series of illustrated historical fiction called How to Get Rich. We packaged the series ourselves for National Geographic. The process of working with an illustrator and designer was incredibly fun. Less concrete but maybe more significant in the long run was the way my four advisors modeled variations on an approach to writing—a deep, lasting commitment to the words on the page and a conviction that each and everyone matters.

Do you have any VCFA connections that affect your career right now?

I taught a workshop at Highlights last fall with my great friend Leda Schubert, who was a year or two ahead of me at VCFA. I’ve collaborated with Marc on a couple other projects since I met him there. I got a great shot of inspiration two years ago from the Loon Song retreat in Minnesota, organized by my classmates, Debby Edwardson, Jane Buchanan, and Maura Stokes. Great faculty, great conversation, kayaking. You should go!

What would you say to potential students or current students who are hoping to further their writing career?

The same thing VCFA teaches: Don’t worry about your social media platform or what editors are looking for or what’s on the bestseller list. Just write.

What’s coming in the future for you and your writing life? Please let us know about any events coming up where readers could come see you.

I have a standalone nonfiction book coming out in Spring 2020, about the race to climb K2 in the ‘30s and ‘50s. After five nonfiction survival books, every sentence feels like I’ve already written it. So I’m going back to a steampunky adventure novel I haven’t looked at in five years. I’m also trying to do more teaching. Leda is ditching me as a partner, so I’m doing a nonfiction workshop with Steve Sheinkin at Highlights in March 2020. Come join us!