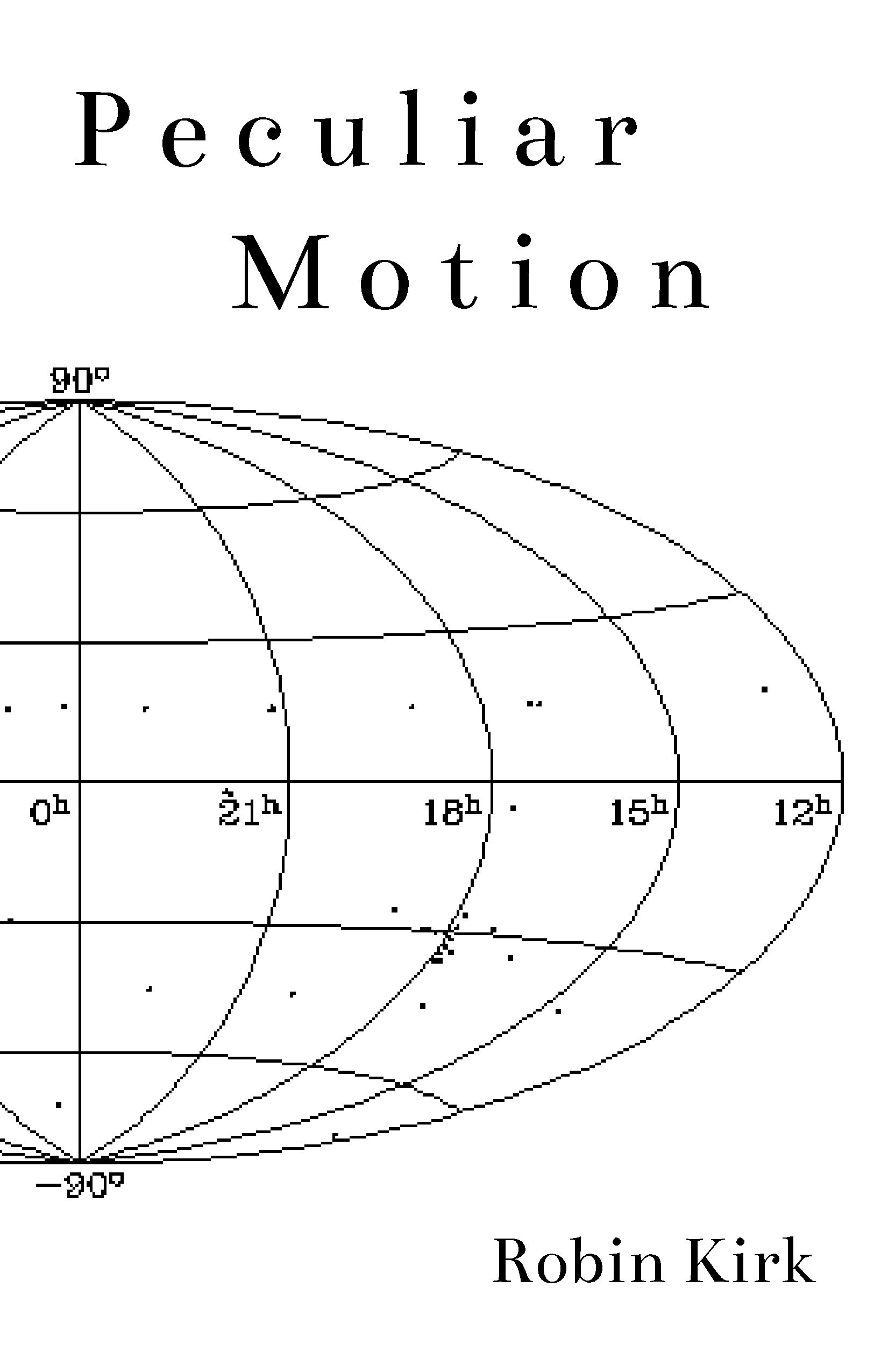 great dad. All very different, all equally passionate. Each one read in a kind of speaking circle and we ended with a rousing call-and-response of I will not be afraid.

I’m still hoping Richard sends me the unpublished poem he read of Jesus sharing some pita and hummus with Bill O’Reilly. I’m preparing for my own reading on September 1 at The Regulator (my tender, slender chapbook, Peculiar Motion, from Finishing Line Press), so poetry has been much on my mind.

As I drove home, I was thinking about the purpose of “political poetry.” Why now, why ever? Is there a political poem that you return to in this turbulent time? What about the desire of poets to be timeless and not tied solely to a moment or a particular set of events? I thought of some of the poets that I return to — Wisława Szymborska, Billy Collins, W.S. Merwin, Nazim Hikmet, Langston Hughes, Seamus Heaney, Sharon Olds among them — and I realized that most often, it’s the more personal, more close-focused poems that stick with me. But these aren’t at all non-political poems. They ground their power in the intimate, not the grand denunciations of injustice. 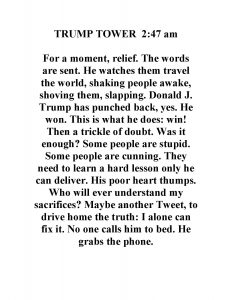 That said, I thought the political poems that included humor — like Richard’s imagining of the Jesus-Bill O’Reilly conversation – are where my interest is more piqued. Or the fiercely personal story that Howard built his last poem around, the voice of an elderly widow who’d lost his family home to the bank and was contemplating burning it and himself to the ground.

What I definitely walked away with is that even tender, slender poems like my own are necessary in this tumultuous time, when we all seem to be killing each other or screaming at the top of our lungs. Social media, including Twitter,  is one arena I encourage poets to enter. In all of the shouting, I think that poetry has the power to stop readers in their tracks, reorient and perhaps even inject our cold standoff with a little humanity.

I’ve included in this posts some recent work of mine, which I also posted in #trumppoetry. Who knows what ripple effect this will have, if any? Who cares? These were fun to write. Crafting the words allowed me to wonder, just for a moment, what struggles this man is facing as he engages in what I hope is a hopeless quest for the White House. I think poetry gives us a unique way to engage with the world — whether it’s through denunciation, solidarity, a call to arms or the intricate examination of a life that brings us closer to other human beings.

Not that I want to spend much time in that particular piece of real estate!

If you’re in Durham on September 1 at 7 pm, please stop by The Regulator Bookshop to help me celebrate my tender, slender little chapbook! 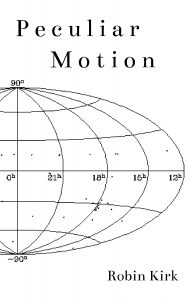