Waiting at the DMV 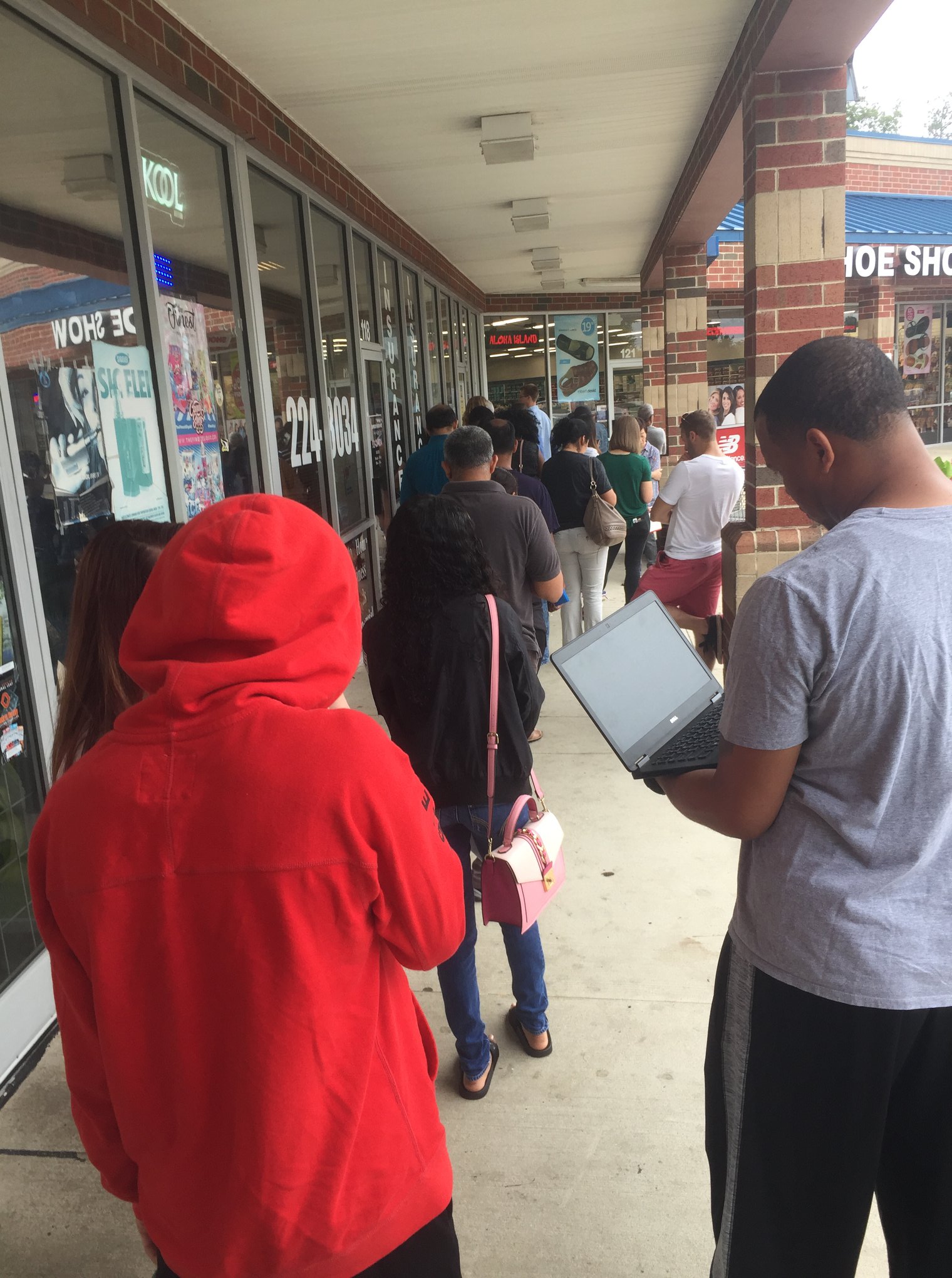 I will say this for the Department of Motor Vehicles: everyone suffers.

When I’ve had to visit one of our state’s 113 drivers license offices, I’ve noticed how every element seems designed to diminish us. You might be a multi-billionaire or just out of prison (or both, frankly, these days). You still have to stand in long lines, reduce yourself to a grubby number, and walk away with a reliably awkward, unflattering portrait.

In my experience, the staff has always been scrupulously polite. The locations are what punish: fluorescent lighting, cramped, dingy spaces, tired furniture, paint colors that can only be described as industrial drab. Everything is flattened, and the newest desk or chair looks straight out of a 1950s noir knock-off.

Yet you have to go, on every point of the age and class spectrum. Teens applying for their first permit. The elderly begging to retain their licenses. New arrivals obtaining a license. Long-time natives looking to renew once their allotted on-line opportunities expire. 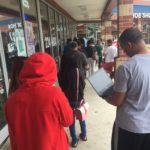 Line at a Durham DMV

Recently, though, there’s been a dramatic upswing in the suffering quotient. In part due to the national requirement to implement Real ID, lines have grown exponentially. A friend arrived at one office at about 8 a.m. only to be told that she and her teenage son were “too late.” Although the office had yet to open, people stood in line reminiscent of a dour Depression photo.

My license is expiring, so I dedicated what I assumed to be a single unpleasant afternoon to the Miami Boulevard office. I arrived, got a number, and sat. Three hours later, a staff member shooed me and about 70 others with numbers out. So sorry, closing time. Hours utterly wasted.

My next stop was the Roxboro office the next day. There, in the morning, the line already lapped the nearby grocery store. Following a friend’s advice, I drove to Carrboro’s tiny DMV. A kind staffer urged me to make an appointment for three months in the future. I did only to discover that no appointment had ever been made.

I waited for two hours on hold to make a new appointment. The first available was a month after my license expires.

Other, worse horror stories abound. A recent Facebook posting by a neighbor prompted dozens, each more depressing. When one well-meaning politico weighed in to advise people to hold off on visiting the DMV, I lost it. Why, I wanted to know, should we accept such shoddy service from an agency we pay for through our taxes and fees? Real ID is no shocker – it’s been on the horizon for some time. So why are our state services so glaringly, punishingly unprepared?

To me, this smacked of gaslighting — across the board, we are being told we must accept incompetence, be patient, wait it out, as if incompetence, corruption, and venality are like a summer’s cold that will pass.

The Department of Transportation, which runs the DMV, is one of the state’s largest agencies. According to the DMV, they have 1,400 employees statewide serving 7.6 million licensed drivers (and a total of 9.3 million vehicles). Certainly, online services are a boon. But when citizens can’t complete a required task like obtaining a permit or the soon-to-be-necessary Real ID without dedicating an entire day to the effort, something is seriously rotten.

Help is on the way, I’m told. Unfilled positions will be filled (duh?). Is this when we clap?

Twenty more positions will be added, the earnest politico adds.

You don’t have to be a math whiz to figure out that increasing the DMV staff by 1.4 percent is going to shave much more that 1.4 percent from your already miserable wait.

Now that our GOP-led General Assembly is pulling out every dirty trick to try to force voter ID, the problem could get much worse. We’d prevent people not only from driving legally; we’d block them from being able to vote out the bums that supervised this debacle in the first place. There’s no evidence that voter ID would do anything to address voter fraud, a statistically non-existent problem. But it certainly would prevent people unable to stand for a day (or more) in line from exercising their right to choose competent leaders.

What can be done? Well, certainly stand in line if you have to. Wait if you can (though whether the waits will lessen is an open question). The best way to improve state services — and government in general — is to refuse to accept advice like “wait it out” and “it will get better.” We need to demand competence, at a minimum.

The best way to do that — be it the DMV or our right to vote — is at the ballot box this November.